Just about every tool and piece of material inside Gregg Biché’s office is meant to help his customers imagine what their homes could one day look like. “This is an actual rendering of a kitchen project,” Biché said, while projecting the image onto a large TV screen in his conference […]

Just about every tool and piece of material inside Gregg Biché’s office is meant to help his customers imagine what their homes could one day look like.

“This is an actual rendering of a kitchen project,” Biché said, while projecting the image onto a large TV screen in his conference room. “I know that most people can’t envision it until it’s done, so this really does help a lot.”

Biché started his construction and renovation company, Quality PM, 18 years ago. Most of his job sites are within a short drive of his office in Albany County.

“It’s a house that had a tree all on it during the storms in the fall, and we are putting it back together,” Biché said as he got into his car and headed to a project his team has been working on for a few months. “The last part of it now is a kitchen remodel.”

What You Need To Know

Biché says big jobs like these have always taken a few months to plan, but during this past year, they’ve taken even longer.

“With most of our remodels, there’s someone living in the home, so if something happens and you’re waiting on material, it could be a big delay and nobody wants that,” Biché said. “Our lead times are definitely out farther. You may be waiting six or eight months, or even longer for some jobs.”

Biché says the first reason why many in his industry are still working on a slower schedule is because they’ve been inundated with calls from prospective clients.

“Sometimes, people call and get frustrated they have to wait that long, but ultimately, things they’ve been holding off on, say it’s a kitchen remodel, a bathroom or an addition, they’re now saying ‘we’re home all of the time, let’s pull the trigger on it,’” he said.

He says the bigger challenge is that suppliers of wood and other materials have struggled to keep up with demand.

“This is an ongoing issue, and I don’t really see it changing any time soon,” said Biché, who served as the Capital Region Builders and Remodelers Association’s president in 2020. “There’s a lot of times where there’s small parts that go into these projects that we almost take for granted, that they show up on time, plumbing parts, appliances right now. For a lot of our kitchens, we have to order our appliances several months in advance, and there’s times they’re still showing up late.”

Despite those challenges and new social distancing measures on the job site, Biché’s employees, like carpenter Wayne Miller, say they’ve been able to finish the jobs they’ve been hired to do.

“It’s very satisfying actually to build a house from the ground up, or do major repairs or renovations and see it come together in the end,” Miller said.

For Biché, getting closer to a finished product is equally satisfying, especially after navigating the unprecedented challenges of the past 12 months.

“I love this end of the business, taking something that was a wreck before we started, but now it’s starting to come together,” Biché said, while standing inside the nearly completed kitchen at this job site. “There’s still quite a bit to do in here, but I can envision the finished product and I’m excited about it.”

Wed Apr 7 , 2021
One year later, and March 2021 already seems somewhat better from all standpoints. But, when it comes to the crypto industry, this last month has been one of the most prosperous in the sector’s entire history, especially when it comes to adoption and the prices of Bitcoin and Ethereum. March […] 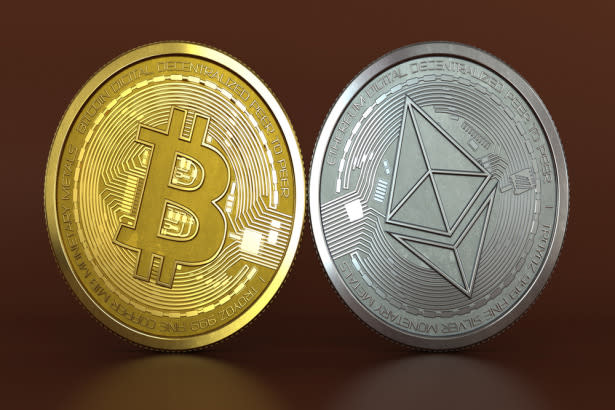