Portland Public Schools is going to court after the contractor rebuilding a high school sought to pass along $1.2 million in costs triggered by Oregon’s new corporate activity tax. The Oregon Legislature approved the business tax in 2019 to raise $1 billion a year for public schools, preschools and other […]

Portland Public Schools is going to court after the contractor rebuilding a high school sought to pass along $1.2 million in costs triggered by Oregon’s new corporate activity tax.

The Oregon Legislature approved the business tax in 2019 to raise $1 billion a year for public schools, preschools and other educational programs. Businesses must pay a 0.57% tax on most sales in Oregon above $1 million.

The law didn’t exist in April 2018 when Fortis Construction and Portland schools signed a contract to renovate what was then known as Madison High School (it’s now McDaniel High School.) The project ultimately cost $243 million, well over the $187 million budgeted.

(The school district badly miscalculated the cost of a major school renovation project voters approved in 2017, an issue unrelated to the tax dispute with Fortis.)

In a complaint filed Friday in Multnomah County Circuit Court, the district says that Fortis improperly added the tax to its bill for the high school rebuild, inflating its costs by $1.2 million.

Supermarkets, home alarm companies, auto dealers and others have tried various approaches to pass along Oregon’s new tax to consumers. The dispute between Portland schools and Fortis could be an important legal test of how the courts define the corporate activity tax.

The Portland Tribune reported last week that the North Clackamas School District has filed similar litigation over the bill for recent construction work.

Businesses are free to charge whatever they want, of course, provided customers will pay it and companies accurately describe the costs. But in cases where two parties had a contract, the courts may have to rule on whether higher costs triggered by the tax are covered by the language of the original agreement.

In its complaint, the school district argued that Oregon’s new business tax “is not directly tied to a business’ gross receipts or sales,” because it allows them to deduct some business expenses from their tax liability and excludes others from the definition of “commercial activity” subject to the tax.

Portland schools and Fortis engaged in mediation but failed to resolve their dispute. Neither the contractor nor the district’s attorney responded to messages Monday about the litigation.

Wed Apr 21 , 2021
It’s not uncommon for insurers to react to “emerging” risks in this way, according to Jonathan Selby (pictured), general manager at Founder Shield, a technology-enabled commercial insurance brokerage that focuses exclusively on insurance solutions for emerging industries. While SPACs are not exactly “emerging” – they’ve been around for a few […] 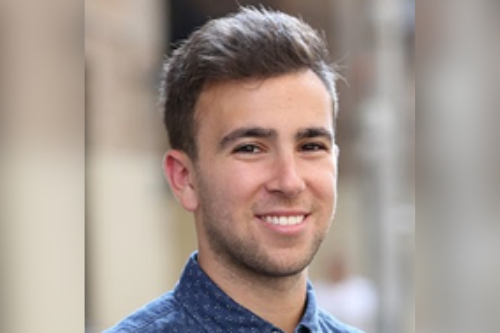