Wall Street stocks powered to fresh records Monday, while bitcoin also touched an all-time high after Tesla declared itself an investor in the cryptocurrency. Also rising were oil prices to a 52-week high, while US Treasury yields also surged before pulling back. All three major US stock indices streaked to […]

Wall Street stocks powered to fresh records Monday, while bitcoin also touched an all-time high after Tesla declared itself an investor in the cryptocurrency.

Also rising were oil prices to a 52-week high, while US Treasury yields also surged before pulling back.

All three major US stock indices streaked to fresh records, extending last week’s rally on optimism that additional US fiscal stimulus is coming soon, along with an expected economic recovery.

Investors are betting that President Joe Biden will succeed in winning approval for most aspects of his $1.9 trillion fiscal relief package, analysts said.

Over the weekend, Treasury Secretary Janet Yellen predicted the United States would get back to full employment next year if the package is enacted, but warned job gains would lag if Congress does not come through.

Yields on 10- and 30-year Treasury bonds initially jumped in the aftermath of Yellen’s comments but later ebbed.

Rising yields have sparked some increased discussion about higher inflation risks, the anxiety is still contained at this point, analysts said.

“Rising interest rates are indicative of an improving economy,” said Briefing.com analyst Patrick O’Hare, adding that there is little evidence of general inflation in the economy.

“The stock market is not overly concerned with the inflation factor,” O’Hare said. “It will be one day. It just isn’t now.”

Earlier, bitcoin hit a record-high of near $45,000 after Elon Musk’s electric carmaker Tesla invested $1.5 billion in the digital currency and said it would soon accept it as payment.

The announcement comes on the heels of a cheeky social media embrace of bitcoin by the iconoclastic Tesla chief executive, and marks the latest step in the mainstreaming of the cryptocurrency.

“This is probably one of the biggest developments for the cryptocurrency industry,” noted Fawad Razaqzada, analyst at ThinkMarkets.

“Tesla is going to be a major player in the auto industry and if it starts accepting bitcoin as a form of payment, it will give the digital currency further legitimacy.”

Shortly after news broke of Tesla’s investment, bitcoin hit $44,795.20 before pulling back slightly.

Meanwhile, the benchmark oil contract Brent North Sea rose above $60 per-barrel to hit its highest level since the coronavirus pandemic began to spread globally almost a year ago.

Brent’s climb above $60 was due to the OPEC oil cartel and its allies cutting output after the coronavirus pandemic slashed demand, according to analysts.

Petroleum-linked shares were especially strong on Monday in the United States thanks to the recent bounce in oil prices. Chevron jumped 2.5 percent, Apache 10 percent and Halliburton 5.6 percent.

Oil prices near their highest levels since around beginning of pandemic

Tue Feb 9 , 2021
Fox Business Flash top headlines are here. Check out what’s clicking on FoxBusiness.com. A booming rally in oil markets has pushed crude prices to their highest levels since near the start of the coronavirus pandemic, powered by production curbs and recovering demand. Brent-crude futures, the benchmark in energy markets, have […] 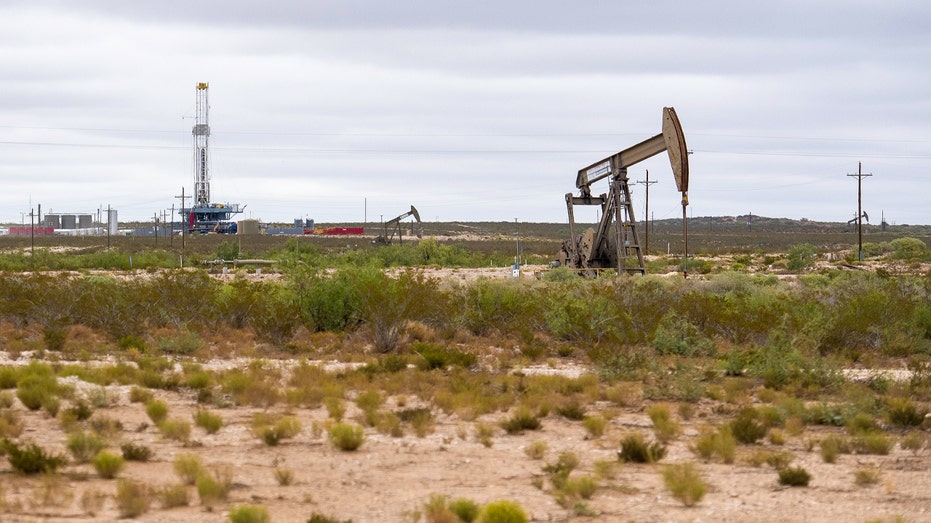